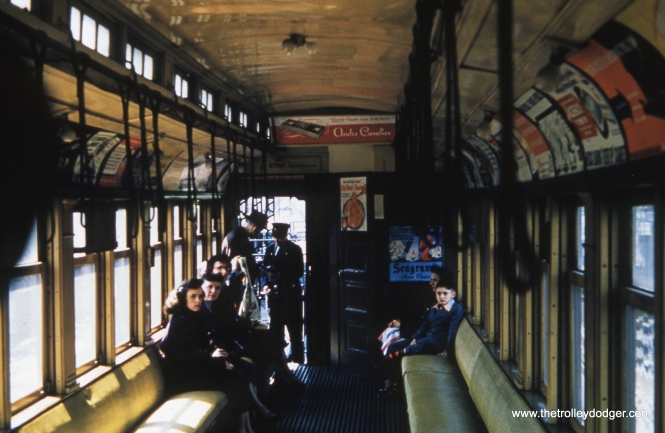 There is probably no way anyone could guess it, but this picture in CTA car 2787 was taken on the last day of Humboldt Park “L” service, May 3, 1952.

(Editor’s Note- Now that the contest has ended, you can find the same pictures with descriptive information added to the captions here. We thank everyone who participated.)

The Trolley Dodger has reached a milestone, with 20,000 page views in our first 90 days. To help celebrate that, we present 20 mystery photos, showing some very rare Chicago Rapid Transit scenes.

Over the next four days, we invite our readers to tell us some interesting things about these photos– where they were taken, what they show, and whatever tidbits of information you have to share.

The contest ends at midnight Central Time on April 25, 2015. Send your answers to thetrolleydodger@gmail.com and we will update the captions with the best submissions once the contest has ended.

The photo at top is not part of the contest. When referring to individual photos, please use the image numbers provided in the captions. As always, clicking on each image will bring up a larger view in your browser.

We thank you in advance for your participating. Have fun figuring all this out.

PS- I’ll give you a clue. Chances are the pictures that have a piece of fuzz at the top of the frame were most likely taken around the same time, by the same unknown photographer.

You can read most of the submissions in the Comments section below. Here are some that were sent via e-mail:

Congratulations on your successful launch, and thanks for posting hi-res jpegs that give us a better chance to ID these vintage shots. With the help of Google Maps, here are my guesses:

Anyway, thanks again for your great site. Keep up the good work.

I also think 807 is on the Ravenswood at Rockwell; the two buildings
across the street appear to still be there today. I suspect 815 is at
Kimball, at the end of the Ravenswood.

I’m going to hazard a guess that 820 is the Garfield running on the ground
while the Congress Expressway is being built. Someone more knowledgeable
(or older) than I will probably recognize the water tank on the far right
edge.

I’d be very interested to know where some of the others are.

Here are my tries at locating the ‘L’ photos. In identifying these locations, I did NOT use a map (figuring that if I knew it as well as I thought I did, no map was needed). That said, here are my offerings:

800 — Marshfield Ave looking west. That’s a W/B CA&E train of North Shore woods. This is before clearing for the expressway started.

810 — Indiana Ave — that is a Kenwood shuttle sitting in the pocket. View looks east.

820 — W/B Garfield Pk train (which will connect with CA&E’s 6:12 out of Des Plaines Ave). This, of course on the Van Buren St trackage. Location uncertian.

#800 looking west at the CA&E platform at Marshfield with ex NS equipment.
#801 looking towards Kimball shops and terminal on the Ravenswood (the ACF Brill C44 bus really gives it away)
#802 from the outbound platform at Harvard on the Englewood
#803 Oak Park ave on the Douglas branch.
#804 Randolph on the east side of the loop (read the station sign)
#805 looking west from the Exchange station on the Stock Yards branch
#806 looking east from the Halsted station on the Stock Yards branch
#807 on the Rave I think Rockwell.
#808 Damen on the Logan Square.
#809 reasonably sure that’s the west end of the Austin station on the Lake St.
#810 looking east @ Indiana Ave.
#811 see # 802
#812 looking SE from the Ellis & Lake Park station on the Kenwood
#813 see #800
#814 Clark/Lake on the loop.
#815 Kimball
#816 few clues here unless you know your buildings, guess on the Wabash side of the loop.
#817 Harvard on the Englewood.
#818 Logan Square terminal
#819 on Van Buren surface tracks. At Ashland? Certainly not west of there! 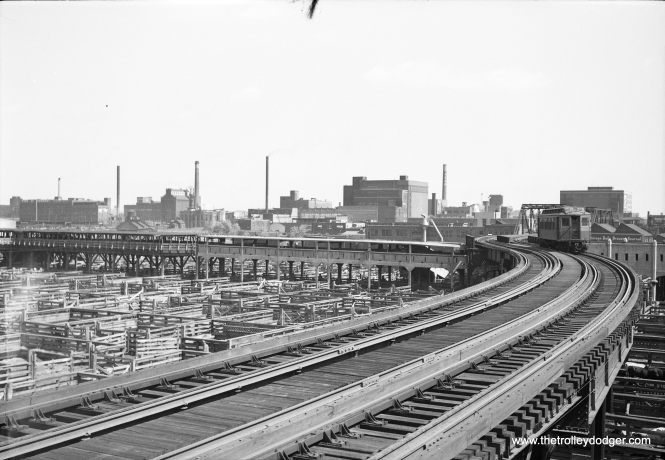 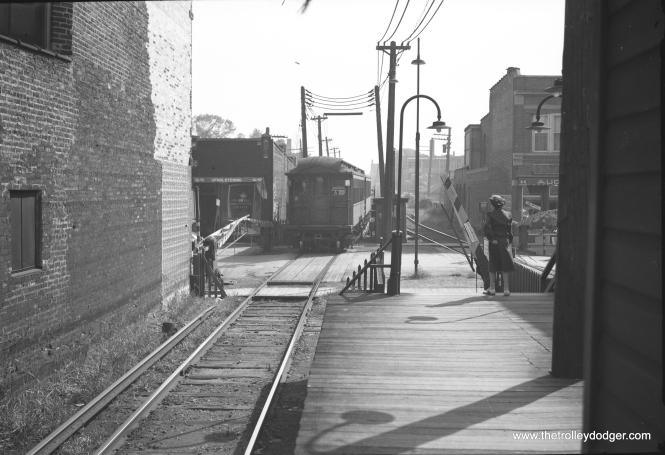 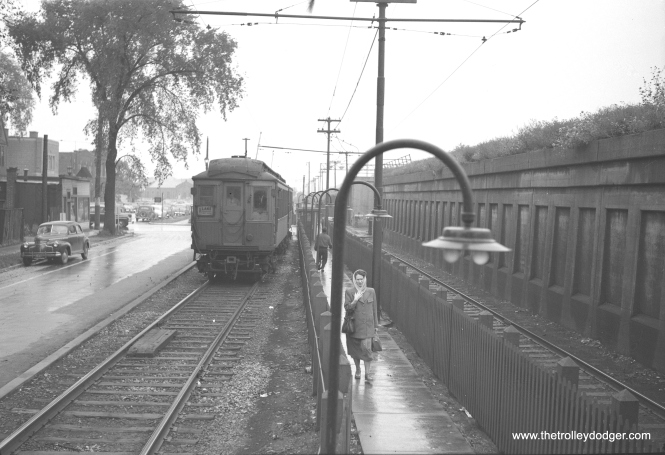 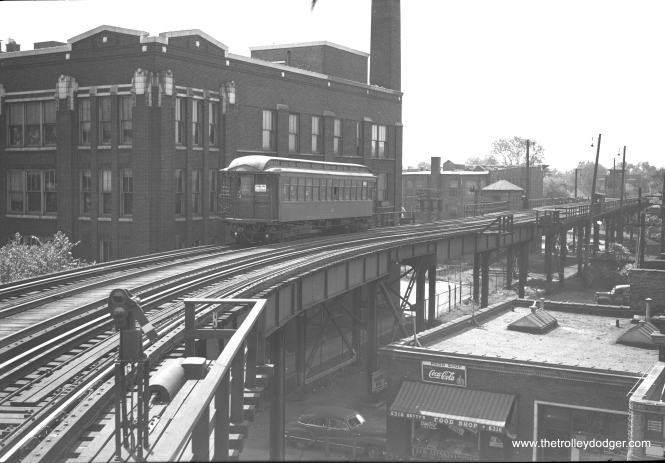 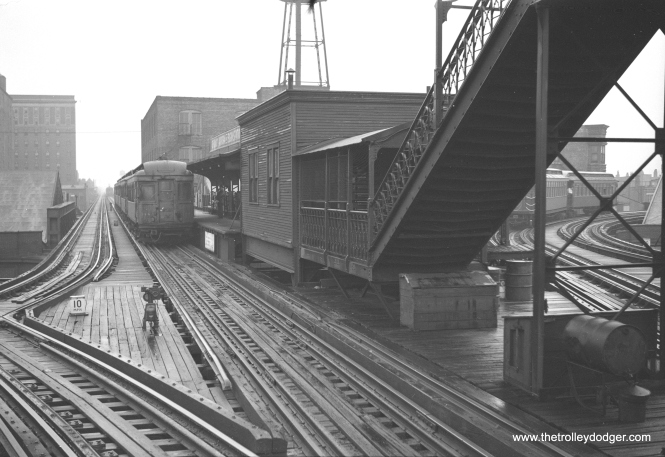 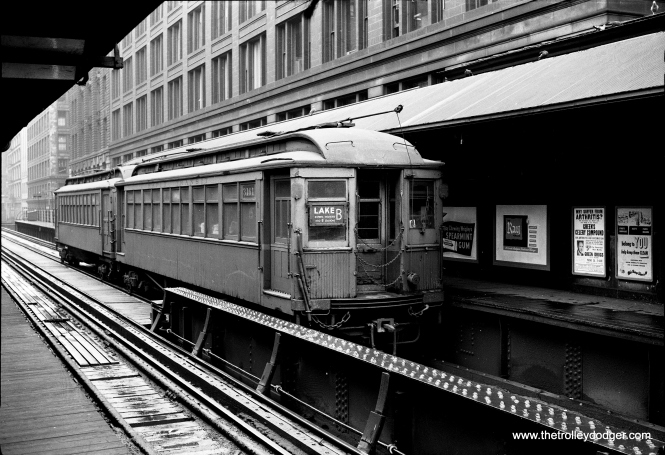 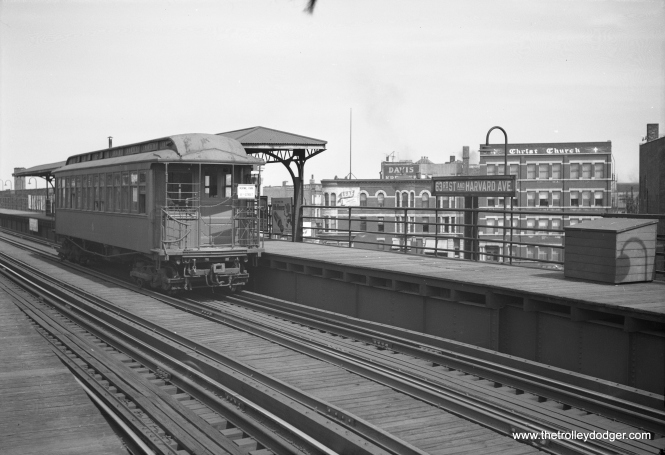 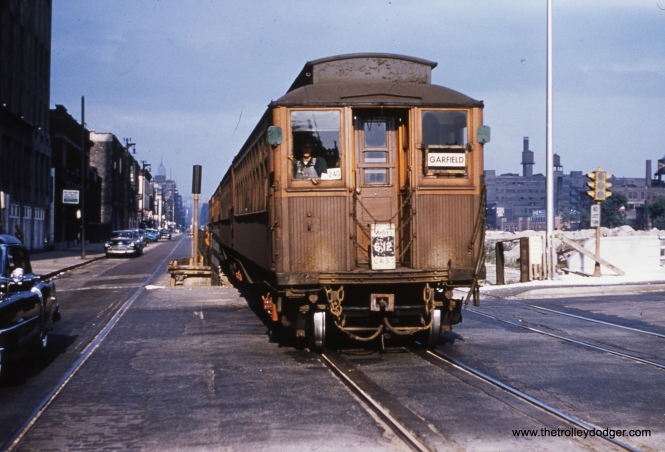