Work car AA59 at Devon Station (car house) on November 15, 1953. Andre Kristopans gives a scrap date of 1956 for this car. Don’s Rail Photos says, “These cars were built by St. Louis Car in 1903 and 1906 for Chicago Union Traction Co. They are similar to the Robertson design without the small windows. Cars of this series were converted to one man operation in later years and have a wide horizontal stripe on the front to denote this. A number of these cars were converted to sand and salt service and as flangers.” The “Matchbox” 1374 at IRM is part of this same series (1101-1425). Looks like a Postwar PCC behind it.

Celebrating Labor Day, here is the second in a two-part series featuring Chicago Surface Lines work cars. You can find part one here.

Much of what we know about these cars comes from Don’s Rail Photos, a very comprehensive source of information.

As always, if you know more than we do, please share it with us, so we can improve our efforts. You can leave a comment on this post, or e-mail us directly at: thetrolleydodger@gmail.com

We asked Andre Kristopans if it might be possible that CSL streetcar RPO (railway post office) car H2, shown in our previous post, may be the same car also pictured later as money car M201.

Here is his reply:

CSL did a lot of scrapping in the late 30’s, partially in order to “balance the books” after the pre-war PCC’s came. They had to retire an “equivalent value”, which is why a lot of Matchboxes (1100-1400’s) were scrapped around then, along with old work cars, and interestingly some old single-truckers that had been in storage since about 1918 as what would now be called a “contingency fleet”. More than likely H2 went in that purge, though I can’t say for sure.

Sometimes the Surface Lines kept cars in storage for decades, just in case they might be usable for some purpose in the future.

Sweeper E223 is one of the very few pieces of CSL work equipment that have survived. It was purchased by Dick Lukin in 1956 and eventually made its way to the Illinois Railway Museum.

You can read the story of how that came to be here on the excellent Hicks Car Works blog.

You can help support our original transit research by checking out the fine products in our Online Store. You can make a donation there as well. 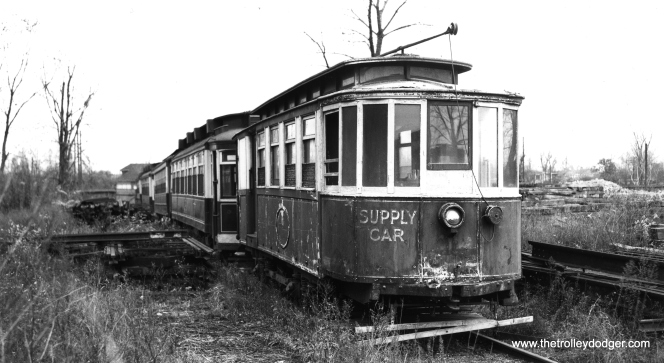 This former mail car ended its days as a CSL supply car. Not sure if this is the same car as H201 in our previous post. (Joe L. Diaz Photo) 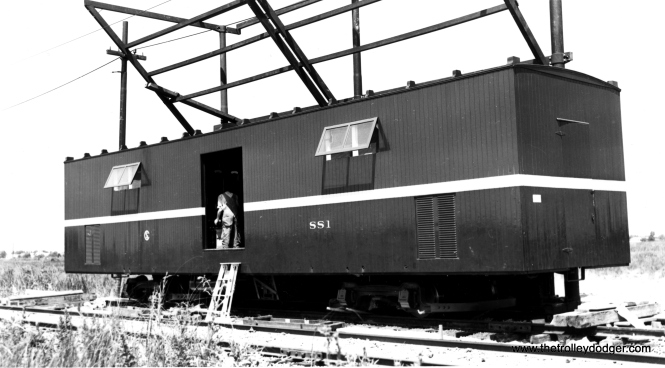 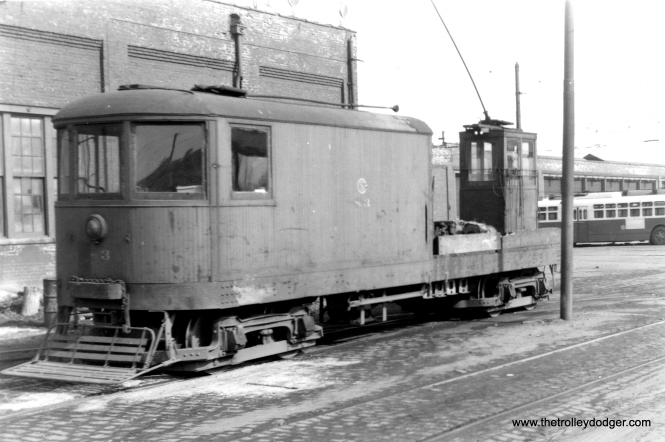 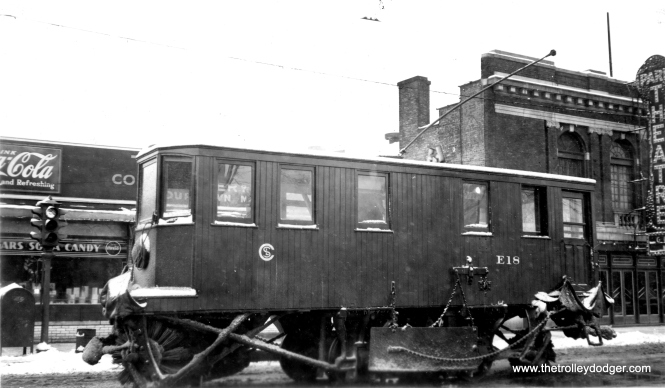 Sweeper E18 in action. From the Park Theatre in the background, we can tell that this is Lake Street at Austin Boulevard, the west city limits and end of the #16 Lake Street route. There are a couple more photos of the same movie theater in our earlier post West Towns Streetcars in Black-and-White. 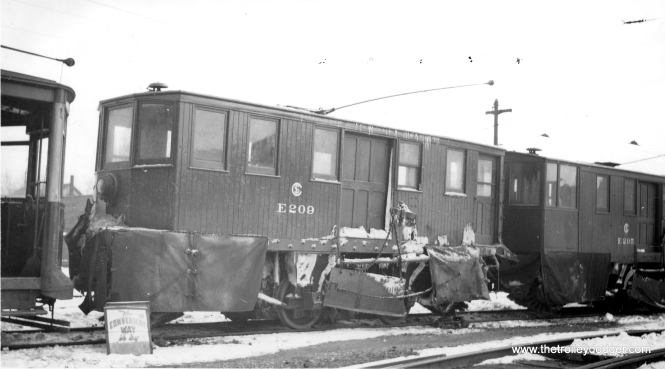 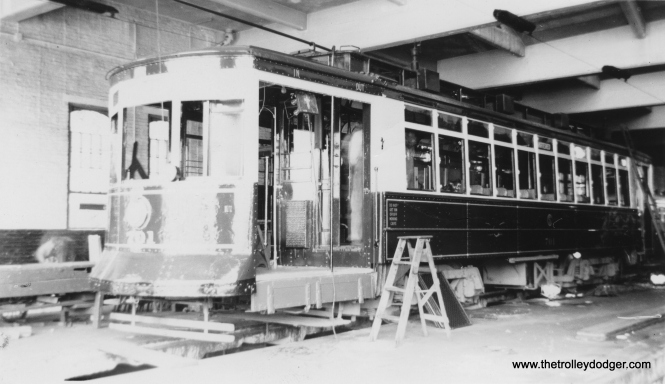 CSL 701, built by the Pressed Steel Company in 1909. According to Don’s Rail Photos, “These cars were built to the same design as the Pullmans.” (Earl Clark Photo)

Home-made snow plows F301 and F304. Chances are these were scrapped prior to the 1947 CTA takeover of CSL. 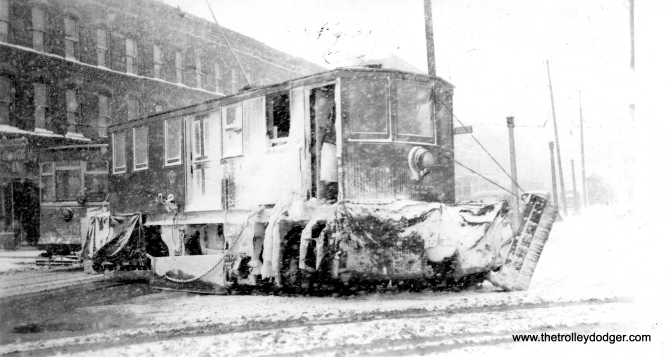 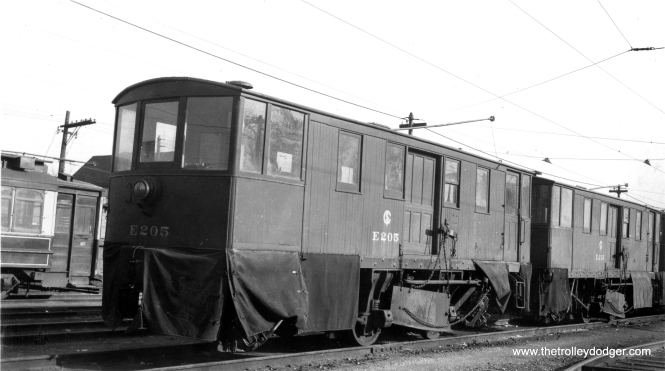 Apparently this photo, which was mis-marked as Chicago, must be from somewhere else. As Andre Kristopans points out, Chicago’s sweepers were all in an E or F series, and the paint scheme of the streetcar at right is not CSL. Perhaps one of our readers can help us figure out where this is from. (Roy Bruce Photo) 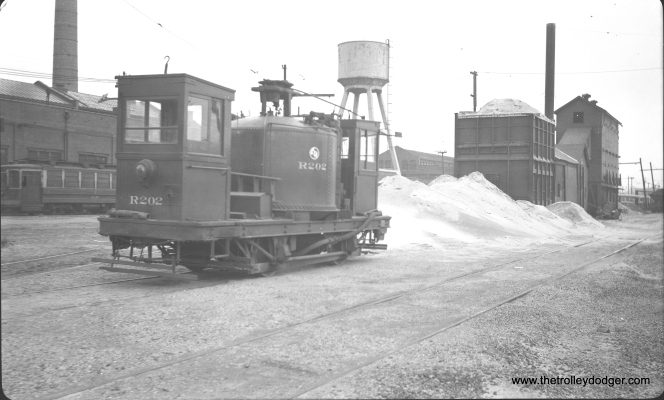 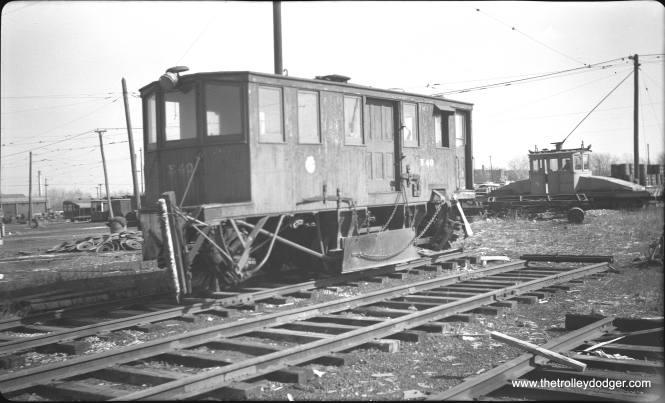